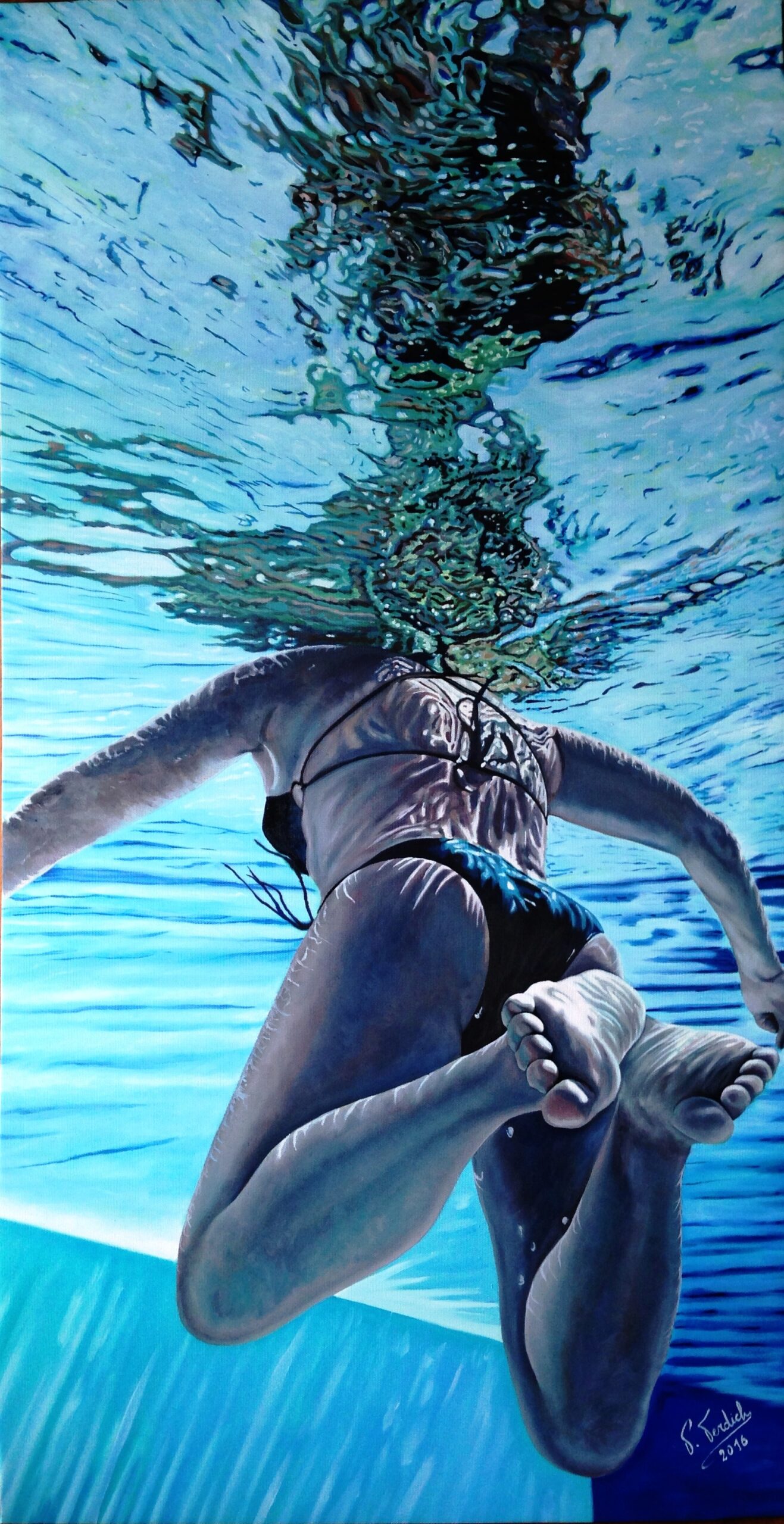 Born in Piacenza (Italy), where, after having lived in various Countries, I currently live and work, I am in a constant creative challenge, in the attempt to make tangible the human emotions and feelings.

My works were exhibited worldwide and have been acquired by numerous private collectors, galleries, art institutions. My works won numerous international prizes and my activity has been reviewed and published in various art magazines and books.

I am also a co-founder of the artist group “Eoykos”, composed by six Italian artists of figurative expression. This Movement was created (in 2011), to eventually demonstrate, in equilibrium between Surrealism and Metaphysics, that figurative art is still a privileged mean of communication, aimed at transmitting human emotions.

Although my works are often associated with hyperrealism, I am not particularly interested in the mere representation of the real. My expression is aimed, instead, at recreating atmospheres that lead beyond the visible, to arrive in the inner world of emotions. Accordingly, the figures, rather dynamic, are suspended in a surreal atmosphere, with a post-impressionistic dim light. My realism is, hence, silent, intimate, containing an unspoken, mysterious narrative, which offers an emotionally and psychologically loaded presentations.

This atmosphere has been, finally, emphasized in the works “waters”, where natural light and filtered light breaks the subjects in a multitude of dynamic reflections. Within such balance, the human beings seem to live in a precarious balance that belongs to peace, harmony and beauty. The swimmers become indeed an integral part of the mean, like animated beings at the mercy of the wave’s perpetual motion, in a transfigured reality, permeate of a boundless sense of freedom. Water represents the key symbol of life, its principle and origin, from which to reflect on a personal vision, where the coexistence between symbolic elements dialogues.

My apprenticeship and artistic maturity did not follow a classic path. Initially I attended various painting courses, experimenting with different styles. The artistic approach evolved via the use of various techniques, from graphite, to watercolor, to acrylic and, finally, to oil. It is a continuous technical challenge in the attempt to make visible and tangible emotions and feelings with the use of different media and tools.

My favorite subjects are human figures represented in situations of intimacy and solitude, in metaphysical and surreal atmospheres, both in confined environments, where their inner torment is expressed, and in aquatic environments, from which a profound sense of quiet emerges. The aim is to render detailed figurative subjects, characterized by luminous surfaces and compelling images that offer a combination of disquiet, uncertainty, urgency, calm, and spirituality. Meditative in tone, I also try to exalt the light, to obtain paintings pervaded by uncommon atmospheres and shot with an evanescent brightness.

The works presented span about twenty years of activity and are gathered into three categories: portraits, still lives, waters.